Here are some of the common statistics about alarm systems and home burglaries.

*Over 2 Million homes are burglarized each year.
*One in three burglaries occurs through an open/unlocked door or window
*Two thirds of burglaries in the United States occur at a residence.
*There is a home burglary, on average, every 13 seconds.
*Homes without an alarm system are 3x more likely to be burglarized.
*Less than 20% of homes in the United States have an alarm system installed.
*Most burglaries occur during the day when no one is home.
*Installing a home alarm system can greatly reduce your chances of a burglary.
*According to the FBI, a break-in is the most common threat to a residence.

These are just a few of the major home alarm system statistics floating around out there. They definitely put things in perspective and show how much you have to gain by installing a home alarm system. 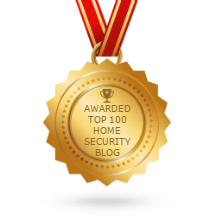